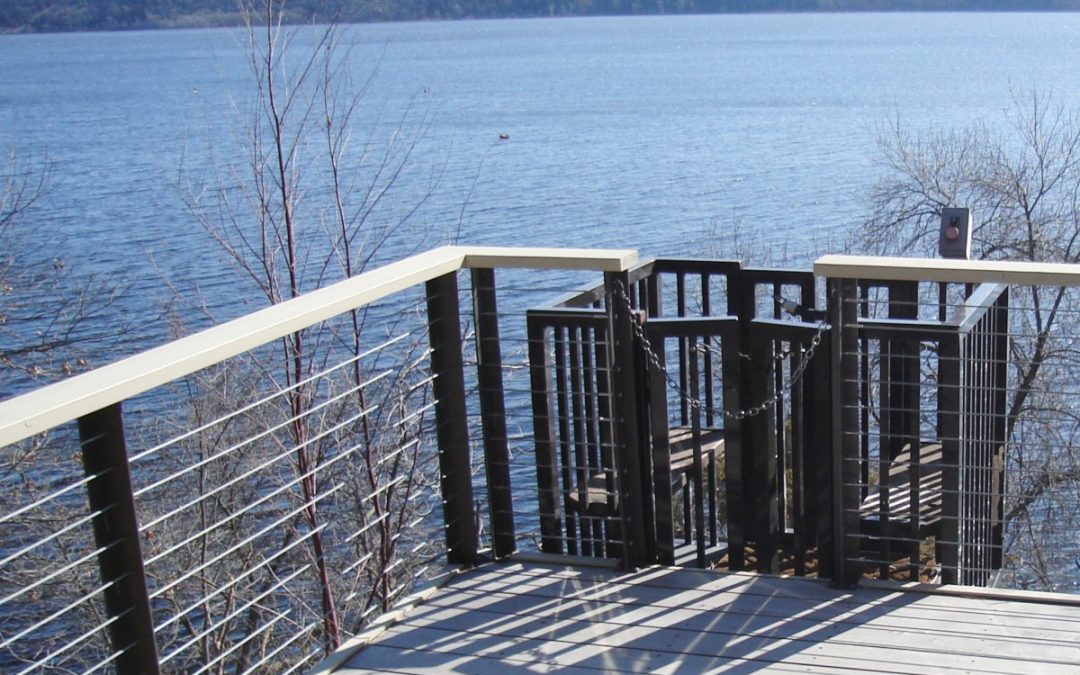 The hillside elevator industry is not very large, and it often has small, diverse companies that pass through without making much of an impact.  Marine Innovations has been an exception in many ways.  First, Marine Innovations exclusively builds hillside elevators, also known as inclined elevators, hill trams and funiculars.  Second, Marine Innovations is one of the largest companies in the industry. Now bigger isn’t always better, but we have built enough systems to know what works and what doesn’t. Third, we have been in business since 1991. Many of our employees have been with us for ten or more years, so we have the deepest knowledge base in the industry.   1991, that’s is over 29 years. Ask other hillside elevator manufacturers how long they have been in business.

The 1980s were a pivotal time for Mike and Lori Botzet. Mike was a machinist in by trade, working in Minneapolis, Minnesota. He had seen primitive hillside elevators and knew of several ways to improve them. In the mid ’80s Mike and Lori moved to Carlos, Minnesota where Mike started his own machine shop business, Botzet Precision Tooling, he started building and installing systems on lakes around Minnesota as a seasonal, part-time job. He named these first machines the Bank Hoist. Although they may have been updated, many of these first systems are still in operation today.

Mike and Lori moved to St. Paul in 1991. Mike maintained the Bank Hoist production and installation and formalized the business as Marine Innovations. This remained a seasonal, part-time business until 1997 when the Botzet family moved to the Minnesota lake country, planting Marine Innovations’ roots in Frazee with the assistance of the Becker County Economic Development Authority. Marine Innovations markets their hillside elevators directly to consumers through the 1990s.  1999 marked Marine Innovations’ move forward as they added their first dealer, Austin Dock and Tram in Austin Texas.  Austin Dock and Tram has remained a strong partner ever since, promoting the Bank Hoist as the industry-leading hillside elevator throughout their region. 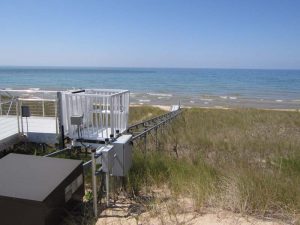 As the world moved into the new millennium, Marine Innovations continued it’s growth, increasing manufacturing space as the customer base grows. In 2001 Mike Botzet, in his constant desire to improve hillside elevators, is awarded a US patent for his bank hoist braking apparatus. In 2004 the residential lift line is standardized and introduced across North America. 2005 brought Marine Innovations’ approval in Michigan. With our lifts being designed specifically for inclined elevator code, this helps with sales into California, Oregon, New Jersey and Washington. 2006 was a busy year with a system in Costa Rica being the first sale outside of the United States and Canada, approval of our proprietary pin pile system for the Michigan Sand Dunes and a new, larger facility to accommodate our growth. 2008 saw a dramatic growth in the Marine Innovations dealer network across the United States and Canada. 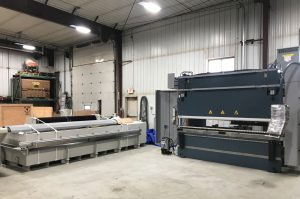 The world had been struggling with a recession in the late 2000’s. 2011 Marine Innovations sales were strong, proving that the company’s fortitude. Mike and Lori’s son Nicholas joins the company in 2012 as sales and project manager, bringing a second generation to Marine Innovations. Sales growth continues through the decade with expansion into many new states. 2018 saw major production capability growth with the addition of a waterjet cutting machine and press brake, allowing for greater internal control over manufacturing quality and scheduling.

Although this decade has just begun, Marine Innovations continues to improve with the addition of a CO2 laser, deburring machine and upgraded milling center for enhanced manufacturing abilities. Marine Innovations’ expertise in the industry is evident with more advanced projects including a 1,000-foot, 3,000-pound capacity commercial inclined elevator project.

The last (almost) 30 years have graced Marine Innovations with knowledge and abilities that make your trips to the lake much safer and easier with a hillside elevator.  Dig deeper into our website for more information or contact us today to see how easy and convenient a hillside elevator can make your day at the beach!